Who sold the most BTC after the FTX crash?

In addition to wiping billions off global market capitalization, the FTX crash shattered the confidence of even the staunchest Bitcoin holders.

There was strong selling pressure in the market last week, pushing the BTC price down to $15,500.

Let’s look at the change in Bitcoin ownership by short-term (STH) and long-term (LTH) holders to gauge where the selling pressure is coming from.

Historically, STH is the first to sell when the market turns red. However, the continued volatility has not affected this group of holders as much as it has in the past. According to Glassnode, the FTX crash recorded the fifth-largest number of STH sellers since March 2021. Specifically, STH sold approximately 400,000 BTC between November 10 and November 17. 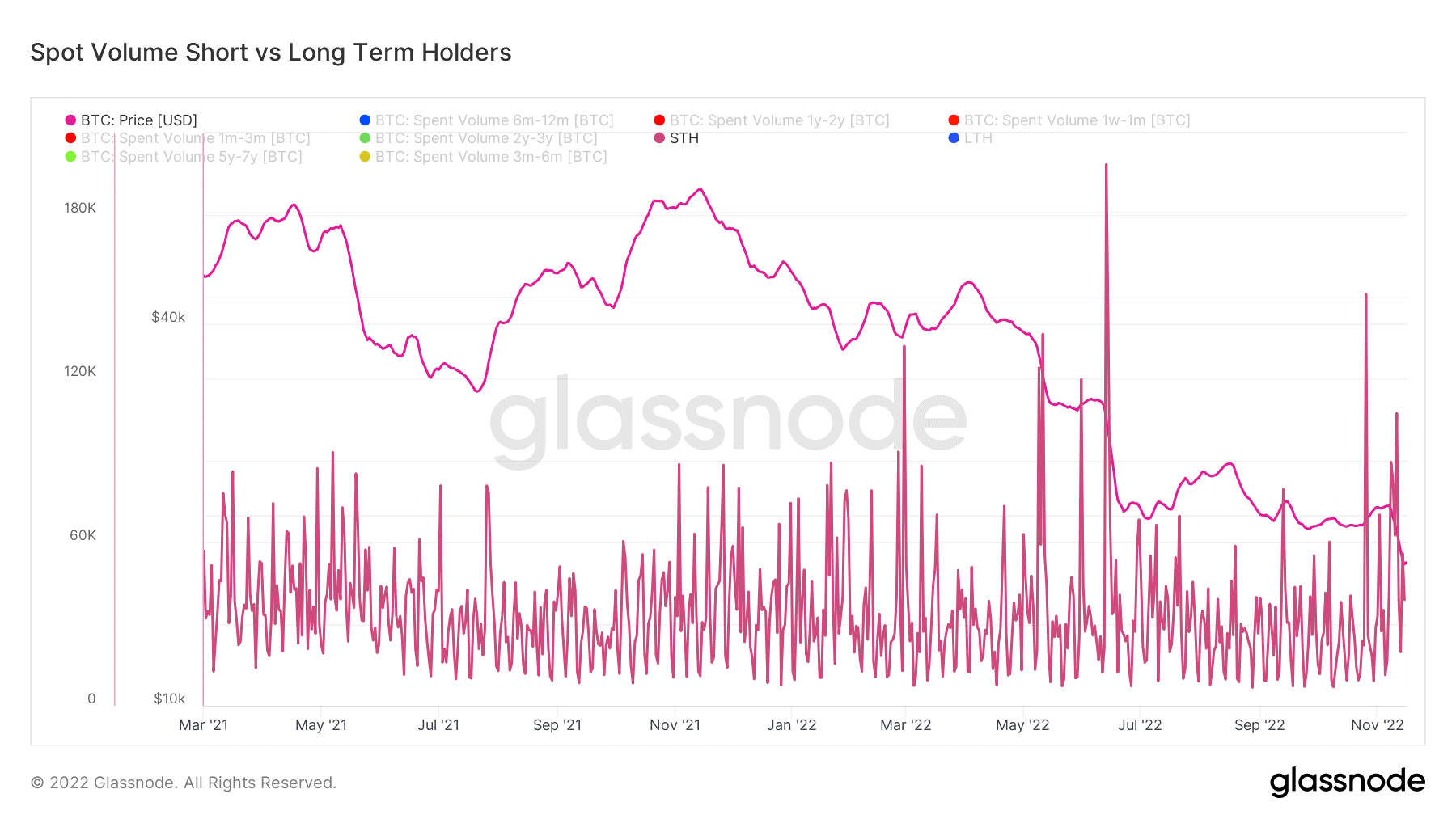 Kyexchange rate bitcoin spot of a strike from March 2021 to November 2022 | Source: Glassnode

In contrast, the current market crisis has not shaken the confidence of long-term holders.

Analytic data shows that LTH has sold less than 100,000 BTC over 6 months in the past week. This was significantly lower than the selling pressure caused by Russia’s invasion of Ukraine in February and the downfall of Luna in June. 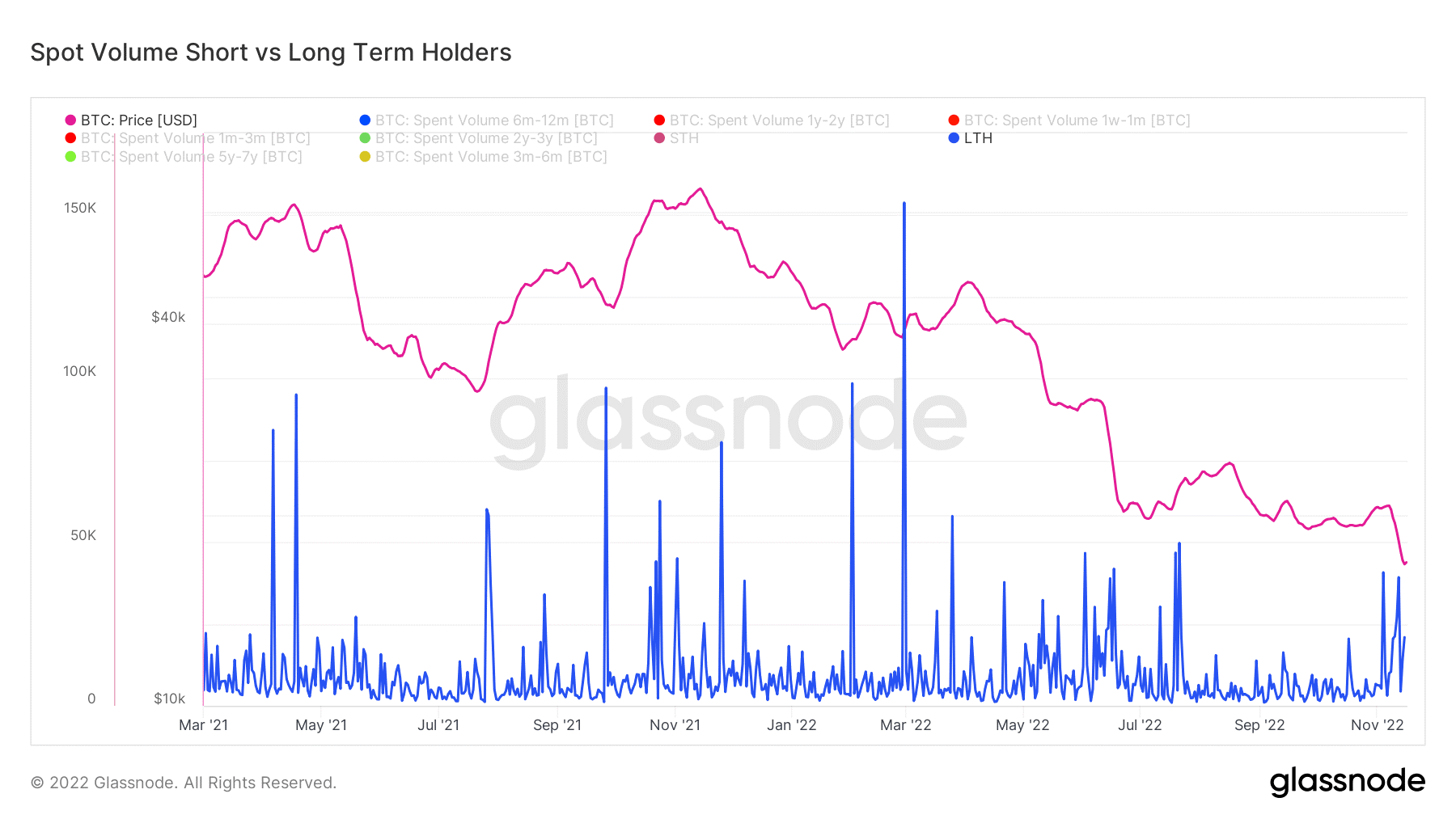 In fact, it’s no surprise that most long-term holders are immune to market volatility. Statistically speaking, LTH belonging to this group is the least likely to sell BTC and has formed the strongest price barrier over a long period of time.

Surprisingly, however, addresses that have held Bitcoin for more than 10 years appear to be the most affected by the crisis. Although the 3,600 BTC they sold over the past week is insignificant compared to the number of payouts generated by STH, it is still the most sold coin of these super LTHs. 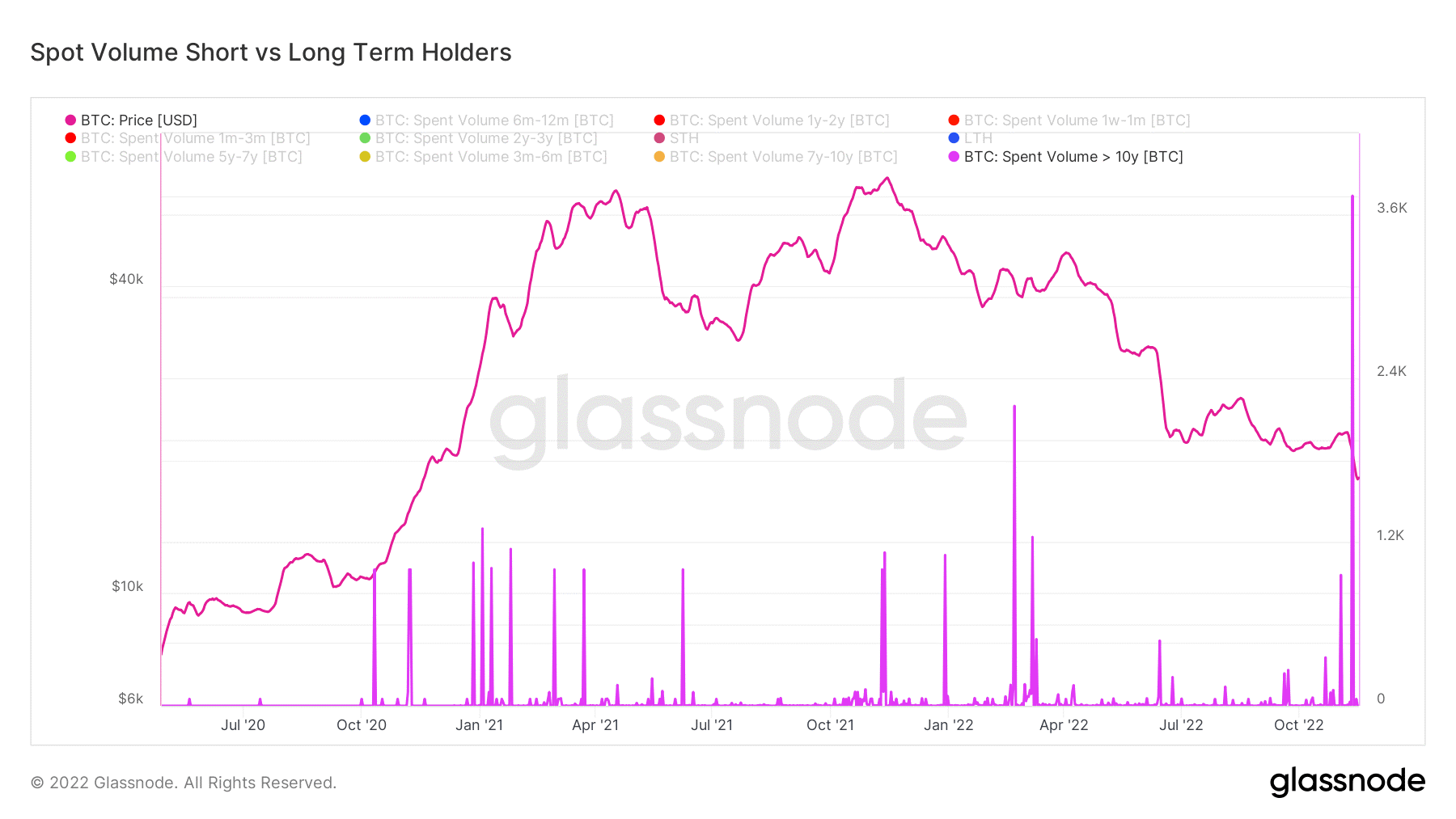 Bears May Hope To Push Bitcoin Price Below $16,000 By Today’s Options Expiration

Bitcoin bulls are already betting $20,000 or more on $600 million weekly options expiring on Nov. 18, a level that has been forming strong resistance for nearly two weeks since Oct. 25.

However, the base scenario changed abruptly on Nov. 8 after a liquidity crunch led to a suspension of withdrawals on the FTX exchange. The incident caught traders by surprise, with more than $290 million liquidated within 48 hours. 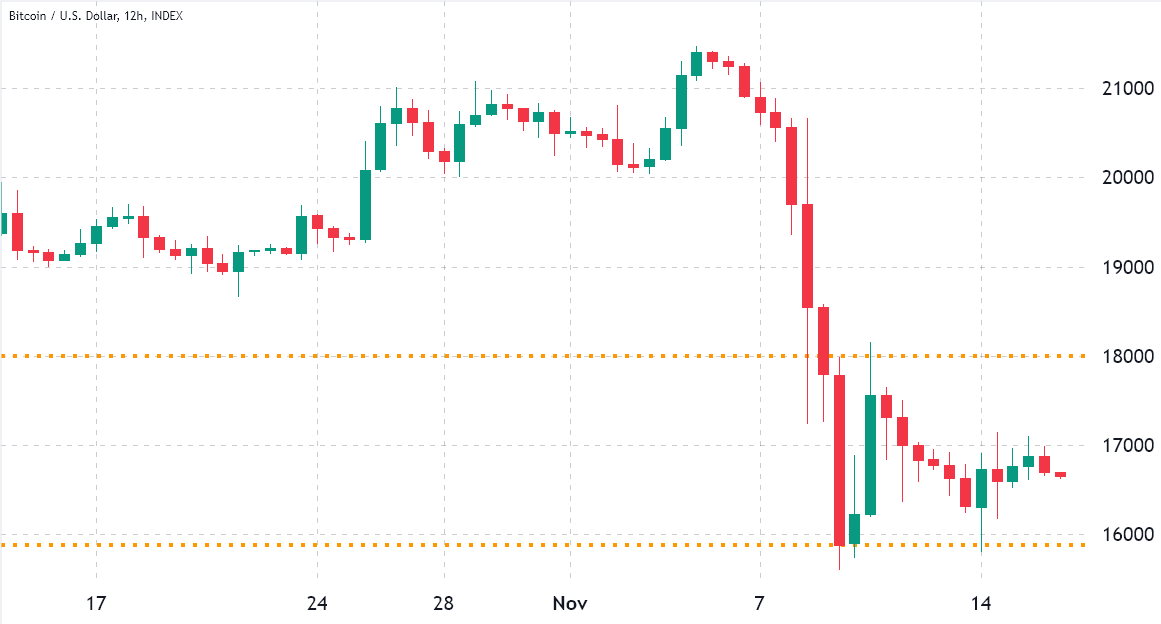 The market quickly adapted to the news, fluctuating between $15,800 and $17,800 over the past seven days. For now, investors fear contagion risks could force other major players to sell positions.

FTX held significant deposits from major players in the industry, so its demise meant significant losses for other players as well. For example, BlockFi holds a $400 million line of credit with FTX US. On November 15, the mortgage profit platform SALT disclosed a huge loss due to the FTX crash, and then suspended withdrawals.

A similar incident at Japanese cryptocurrency exchange Liquid added to uncertainty across the market.

Today’s option expiration is particularly noteworthy as Bitcoin bears were able to pocket a $120 million profit by pushing BTC below $16,500.

Open interest (OI) in weekly options futures is $600 million today, but the actual figure will be lower as bulls are overly optimistic. These traders missed their targets, placing bearish bets on $18,000 or more, while BTC sold off after the FTX crash. 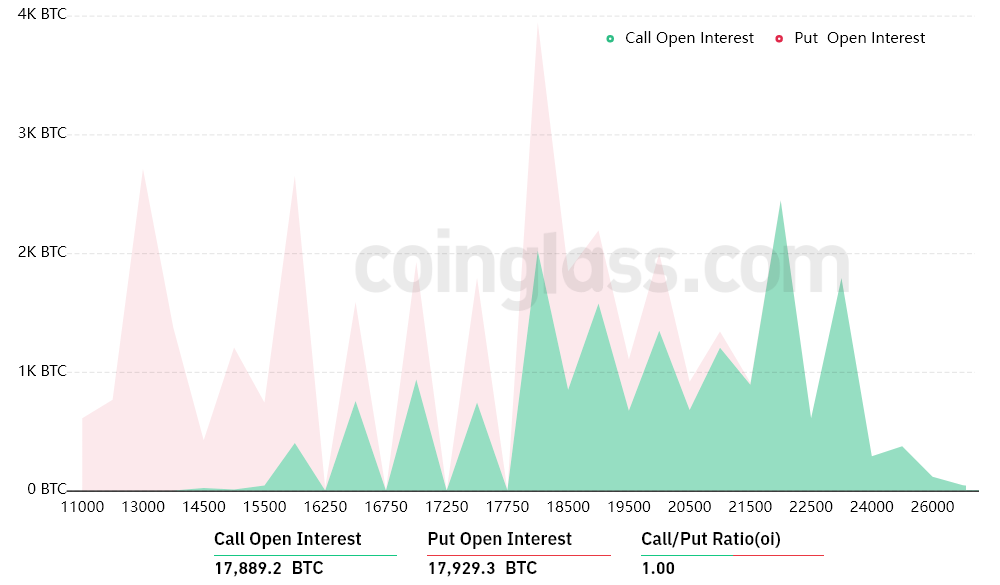 A call-to-put ratio of over 1 indicates a perfect balance between $300 million in inputs and $300 million in calls. However, most bullish bets will become worthless when Bitcoin approaches $16,500.

Only the 10% call option is available if the bitcoin price remains below $17,500 at 15:00 pm local time. This discrepancy occurs because the right to buy Bitcoin for $18,000 or $19,000 is worthless if BTC is trading below the expiration price.

Below are the four most likely scenarios based on current price action. The number of call (bullish) and put (put) option bitcoin options contracts available on November 18 will vary depending on the price at expiration. An imbalance in everyone’s favor constitutes a theoretical profit:

This rough estimate takes into account puts used in bearish bets and calls exclusively for neutral to bullish trades. Even so, this oversimplification ignores more complex investment strategies.